Pixee Fox, one of the most strange and unique models in the world, is known for its unnatural physique, the result of multiple Plastic surgeries. Her new goal was another step in her extreme makeover – she had six ribs removed from her body. Here is her story.

Meet Pixee Fox, a 26-year old model. She is originally from Stockholm, Sweden, but currently residing in North Carolina. Before becoming a model, she had a regular blue-collar job as an electrician and also had a pretty regular waist.

The Swedish aspiring model is famous worldwide for doing multiple plastic surgeries, in order to have the almost-impossible unnatural figure of a cartoon character. She has over 70,000 followers on her Instagram and all of them are highly supportive of her.

When talking about her idols regarding her overall appearance, Pixee often citing famous cartoon figures such as Holli Would from the movie Cool world, Aurora from the movie Sleeping Beauty and the famous Jessica Rabbit.

The aspiring model also added that she look at those famous Hollywood characters as her inspiration for the perfect female body. For Pixee Fox, with each surgery, he slowly draws closer to her final goal.

After leaving school, Pixee started working as an electrician while saving money for her first rhinoplasty. Her former boyfriend convinced her to perform two breast implants from an A-cup to a C-cup. After they separated in 2013, she gradually became obsessed by the real-life cartoon posture she always wanted.

As part of her ideal woman figure, Pixee had permanent implants in her eyes and has spent around $7000 on her eye implants. While her eyes were initially blue, she said that she always wanted their color to be sea green since a very young age.

Pixee claimed that she heard about the operation three years ago, and knew at that moment that she had to do it. She said that her color pick is very unique, as it’s a color that humans could not have naturally.

She then discovered that in the western countries, the operation was performed only for a medical reason. Because of that, she had to fly to India, where she had the operation at the Spectra Eye Hospital in New Delhi.

The Swedish model also had her upper eyelids operated and had two liposuctions. After a few months, she continued and had a brow lift. Then, she plumped up her lips and cheeks with injectable fillers.

As part of her extreme makeover, The model had a Brazilian rear end lift like she always wanted. Pixee was happy with the operation, and she said that it gave her a rounder figure than before.

Under the knife again

Overall, Pixee Fox went under the knife to enlarge her breast four times. While she initially had an A-cup, the model now possesses a 38-J breast. In addition to all her surgeries, Pixee also did multiple rhinoplasties.

Pixee is publicly known for her extremely devout and supportive fans. Many of them are seeing her as an inspiration and they constantly follow the model on social media, defending her from many negative responses.

Until now, Pixee Fox has spent over more that $120,000 on medical and surgical procedures in order to fulfill her dream. Pixee’s last endeavor is bringing her closer to become a full-fledged cartoon character, along with her Busting cleavage and a Barbie-doll face.

Fox decided to undergo a special operation, in order to shrink her waist to 14 inches. Eventually, the model was refused by many physicians, as they alerted that it would require an extremely dangerous surgery in order to remove her ribs.

No one will do it

The procedure is irreversible and is done mostly due to patient’s health issues. In the beginning, she couldn’t find any surgeon to perform it on her. However, after major debates and discussion, the surgery was approved for Fox due to cosmetic reasons.

Pixee said afterward that removing her ribs was one of her biggest dreams in life. The entire operation took almost five hours and was performed by Doctor Barry Eppley in a private hospital based in Indianapolis.

The dangerous operation could cause some serious hazards to her body. Now that her ribs were removed, they could not longer protect important organs in her body. Reportedly, she said that received major funding from her fans on social media from all around the globe.

Pixee said that she wanted to do the operation for many years, but no one agreed to do it. After initially many of them thought that she was out of her mind, some of them did realize that she’s a normal person after all. The operation cost $9000, and the recovery was planned to last six weeks.

After recovering, Pixee decided to show the world her new figure. She wanted to do it in the biggest, most dramatic way possible. Pixee revealed her waist on the Doctors TV show, an awards winning daily talk show.

After revealing her waist and shocking the viewers,  Pixee and the experts discussed her main reasons for her surgery and also about her general way of life. During the show, the hosts pointed out that she did look beautiful even before all of her surgeries.

The model’s ribs removal were making headlines all over the news. A documentary about her life and the about the upcoming operation was made for TV, while she was also documented throughout the entire procedure by the successful show “The Doctors”.

The model then revealed that her family always gave her the motivation to become what she is today. In her words, she was always mediocre in many of her occupations, but she wanted to find that one special thing that she’s really good at. Before the Swedish model’s world-breaking record of a 14-inch waist, Pixee had also a pretty small 16-inch waist. At that time, an American woman named Cathie Jung held the record of the smallest waist, with 15 inches.

Pixee is known for wearing a 24/7 corset. Before the surgery, The model reported that it was very hard for her to wear it for such a long time. Now, she claims that the corset sits more naturally on her body.

Pixee measurements eventually changed from 30-24-34 to the new 38-16-39. Her diet is consisting of many fruits, vegetables, and nuts in which she drinks as a shake. In addition to that, she also taking vitamins on a daily basis. She said that due to her tight corset, it’s very hard for her to consume meat or bread of some sort.

After a major dispute regarding her ribs removal, she commented that her rib cage surgery is not so far fetched. She claimed that during a car accident, her rib cage would probably be broken, so he couldn’t really protect her lower organs.

When talking about her early years, Pixee said that she grew up in a small town on the outskirts of Stockholm, along with her parents and older sister. The model revealed that Sweden is known to have a very egalitarian society, where they do not encourage their citizens to stand out. Fox also recalled that she always felt that she could never fit in.

She said that very often many people look up to her, due to her unusual look. Pixee also said that she was considered a tomboy throughout her childhood. During those years, she hated her nose, didn’t have any boyfriends and she felt highly insecure And vulnerable.

Regarding her life’s point-of-view, Fox said that she sees herself as a true body-modification artist. The model said that she considers it has a full-time job and added that she will keep on sculpting herself.

Pixee’s has other surgeries in her bucket list of becoming a model figure. She wishes to have implants in her hips and in her behind, and would also like to have the fat removed from her cheeks. In the addition to the multiple surgeries, she’s also constantly working out in order to lose even more weight.

When asked in a recent interview, the Swedish model reportedly counted her face, her eyes, her breast and her waist is the four organs that best represent women. Due to that opinion, She decided to operate these organs in particular.

Dr. Barry L. Eppley, the surgeon who removed Pixee ribs, was originally a dentist based in Indianapolis. Later, he started performing plastic surgeries, picking even the cases that no one would agree to do. Although Pixee’s surgery was eventually successful, Eppley has 25 open malpractice suits against him in the state of Indiana. 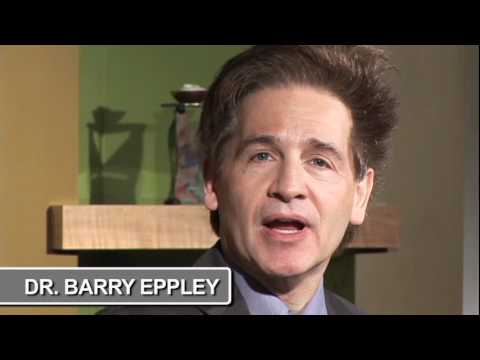 Fox said that it is very common for people to approach her on the street and comment about her cartoonish look. When answering to critics, The model usually replies that it was her intention all along.

The Swedish model eventually broke a world record and is now considered to have the smallest waist in the world. Fox eventually claimed to have undergone the operation in order to achieve a perfect hourglass figure.

How the Indiana Pacers scored eight points in 9 seconds

Basketball, man! We just can’t get enough of this game. Like many people, we were late to the party ...

De Gea to stay at Manchester United with Mourinho

We’ve all heard about the violence and fighting that can erupt during soccer games, right? Well, we ...